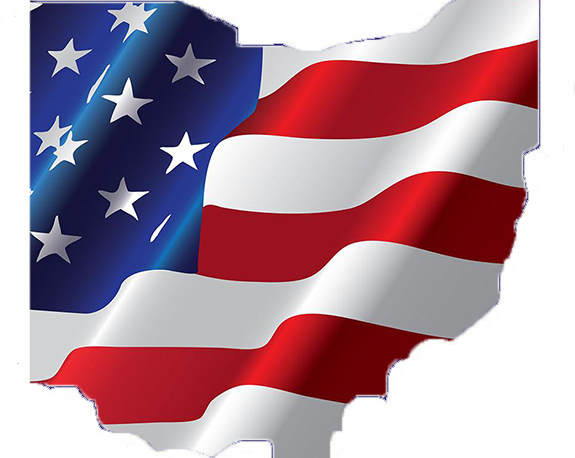 America lives in the age of political chaos.  You don’t have to look at Washington to understand this statement.  Look at the politics of the Buckeye State.  Ohio is a political state that is in play for both Republicans and Democrats nationally in every Presidential election.  The upcoming 2018 statewide elections in Ohio illustrates this bellwether state is going a little haywire.

First, State Treasurer Josh Mandel shocked the political world with announcing he was not going to seek the U.S. Senate seat held by Sherrod Brown due to his wife’s health.  Mandel, a decorated military veteran and statewide officeholder, had run for the Senate seat before and has made no secret of his intentions to do so again.  No one saw this coming.  The Mandel decision has opened an opportunity for one of the Republicans seeking the Governor’s Mansion.  Congressman Jim Renacci has chosen to forgo a Governor’s campaign but instead announced plans to seek the U.S. Senate seat.  The Senate race is a much better fit for Renacci who lacks any state government experience and serves in the Congress already.  A Renacci-Brown match up for the U.S. Senate will be a national test of the Trump Presidency.  While Senator Brown is likely a local favorite because of his high-profile stances yet local presence all over the state, millions in national funding and a wide range of national issues will likely impact that race.

Renacci’s decision leaves only Lt. Governor Mary Taylor to run against the powerful team of Attorney General Mike Dewine and Secretary of State Jon Husted.  Taylor selected a Lt. Governor candidate from the Cincinnati business community with grassroots conservative ties but with no name ID or public sector record.  The Lt. Governor pick by Taylor is unconventional but if she really chooses to challenge DeWine—that decision alone goes against conventional political wisdom in Ohio.  Dewine-Husted unites what is perceived to be the two most powerful statewide elected officials that could run for Governor of Ohio.  They bring together high-name ID with voters and most of the traditional political contributions focused on the Governor’s race.  Taylor lacks the name ID of Dewine and will have to have a substantial amount of cash to win this race.  The door appears to be closing on Taylor running for Renacci’s Congressional seat as former Ohio State University football star Anthony Gonzales is raking in a lot of political and financial support for that race.

Don’t forget about the Democrats!!! They are not boring either.  Democratic frontrunner Richard Cordray scored a huge win by securing former Congresswoman Betty Sutton has his running mate. Sutton had been working on her own race for Governor but with Cordray’s entry into the race wisely choose to join the ticket rather than challenge the Democratic establishments’ candidate.  The Betty Sutton move was followed by Dayton Mayor Nan Whaley’s decision to not run for Governor.  Whaley will likely be a strong Democrat statewide candidate in the future. However, just because Rich Cordray is the choice of the Democratic establishment does not mean he won’t have a Primary.  Ohio Supreme Court Justice Bill O’Neill choose a running mate and, just to remind people that he was still around, former Congressman Dennis Kucinich announced he was going to run for Governor.  It looks like the Democrats will have a crowded field for the 2018 May Primary Election for Governor.

Of course, we just have to wait a couple more days to see what new changes for a Primary Election whose filing deadline for candidates is fast approaching.